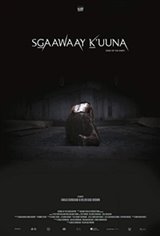 Edge of the Knife

Adiits'ii, the lead character in the film, is mentally and physically pushed to the brink of survival and becomes Gaagiixiid/Gaagiid - the Haida Wildman. The Gaagiixiid is one of Haida's most popular stories, sustained over the years though song and performance.

This project is a community initiative with strong support from the Haida people as well as from the Council of the Haida Nation.