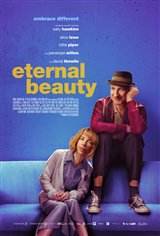 Jane (Sally Hawkins) was diagnosed with paranoid schizophrenia in her early twenties, when she had a breakdown after being stood up at the altar by her fiancé. After spending time in mental hospitals, where she was given shock therapy, she now hears voices and regularly has paranoid episodes.

Her self-centered family brings her little solace or empathy, so she does what she can to torment them. After she stops taking her medication, she's meets Mike (David Thewlis), an aspiring musician with his own mental health problems, in the doctor's waiting room. The two hit it off and begin seeing each other. They're extremely happy together, despite Jane's belief that there's no happiness, only moments of not being depressed. But when she tells her family they're getting married, her mother (Penelope Wilton) refuses to accept it and resolves to break up Jane's relationship.