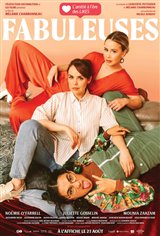 Laurie has just completed an internship at Top magazine, where she hopes to one day be hired as a columnist. But because of Laurie’s lack of popularity on social media, Instagram/YouTube star Clara Diamond gets the position instead. One night at a bar, Laurie and her roommate Elizabeth, an unemployed cellist, have a chance meeting with Clara. Laurie gets a photo taken of herself with Clara and posts it to her social media, which boosts the number of her followers. As Laura and Elizabeth become friends with the influencer, Laura takes advantage of Clara’s popularity. But at the same time, she discovers the truth behind Clara’s real life — that her followers never see.