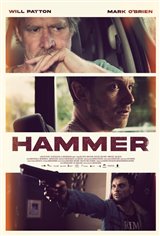 In desperate need of money, Chris Davis (Mark O’Brien) plans to rob his friend Adams (Ben Cotton) during a drug deal. But things go wrong and Chris ends up leaving Adams’ girlfriend dead and Adams wounded, who now sets out for revenge.

Chris turns to his father Steven (Will Patton) to help clean up the mess. They must find the stolen money and fix Chris's wrongs before the rest of his family is endangered.