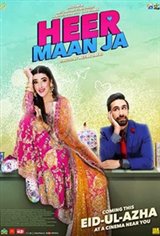 The story revolves around two people who are extremely enthusiastic about life and their future together. Kabir becomes an architect with big aims and ambitions however Heer is left behind because of her conservative family pressures. They part ways following a misunderstanding and a tragedy.

Years later, after life takes its toll on Kabir and he realizes all the errors of his judgements he hopes to seek forgiveness from the one person he had wronged, Heer.

The film revolves around this encounter which leads to a roller coaster ride of a journey where they meet different people from all walks of life, getting in and out of trouble, their past conflicts and new revelations open up making Kabir come to terms with his mistakes and leaving him with yet again a choice.

Will Kabir manage to save Heer before time runs out?