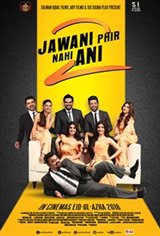 Sheikh (Vasay Chaudhry) and Pervez (Ahmed Ali Butt) are now settled back into their mundane lives when suddenly Pervez's brother-in-law, Rahat (Fahad Mustafa), who had been out of touch for the past 10 years resurfaces, and invites his sister, Lubna (Uzma Khan), and her family to come visit him in Turkey.

Pervez and his friend Sheikh, grab this chance to add some excitement into their lives embark on a new journey; this time with their family! They get the shock of their lives when they see the opulence with which the rich, charming and successful Rahat lives!

But Pervez strongly feels that there is more to Rahat than what meets the eye, as his lavish lifestyle is a complete enigma!