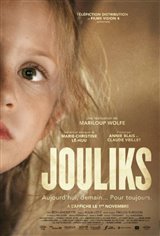 Cantons-de-l'Est, late 1960s. Born into a wealthy background, prostitute Vera falls for Zak, a tinker from Ontario. Their union produces a little girl named Yanna, who is raised like a quasi savage. However, tension rises when Vera's parents come to spend a few days in their dilapidated old house. Angry, stern and quick to judge others, Vera’s mother does everything she can to exasperate Zak. Vera’s naturally kind father is too weak to call his wife out on her lack of manners. After the two leave, Zak, having done something that angered Vera, tries to make peace. That’s when a terrible drama hits the household.