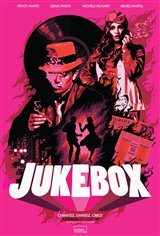 In the 1950s, Denis Pantis developed a passion for American music, which he heard playing on the jukebox at his father’s restaurant. His father, a modest Greek immigrant, lived in Cartierville, in the north of Montreal. Denis was not yet 20 when he recorded his first 45 RPM, under the name of Dante. Having become a producer at Trans-Canada, he adapted the great American and British hits of the day into French. In just a few years, he signed contracts with Michèle Richard, Les Baronets, Les Classels, César et les romains, Les Sultans, Les Milady's and many others. Dominating the top spot on the charts, Les Industries Denis Pantis reached their peak at the end of the 1960s, representing nearly 25 percent of record sales in Quebec. Believing in the future of the YéYé style of pop songs, Denis bought almost all the master tapes from local companies after the collapse of the industry in the 1970s. Today, he owns nearly 75 percent of everything that was registered in Quebec between 1940 and 1990.