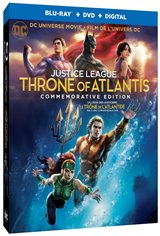 Atlantis, a hidden kingdom long since forgotten to surface dwellers, teeters on the brink of war. Join Aquaman and the newly formed Justice League as they face off against Orm, otherworldly weapons and perilous odds.