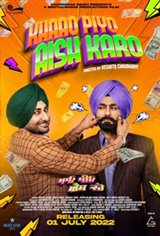 This is a story of a poor jaat family in punjab. Jeeta is an electrician in the village who has responsibility for the family. Wanting his younger sister to get married, he delays. his own wedding. Jeeta's uncle and family stay next door, along with Jeeta's cousin, Mithra. Jeeta inititally refuses the proposal but when he saw the girl, he ends up liking her. Hoping to construct a big house but unable to afford it, he takes out a loan claiming its to be a dairy farm. Eventually the loan inspector arrives with the police to expose the scheme, but the village supports Jeeta, and the inspector has to leave.