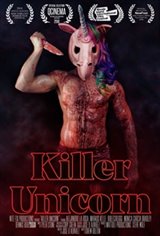 Danny is your average Brooklyn party boy. This year, he and his friends couldn't be more excited about the upcoming "Brooklyn Annual Enema Party"; one of Brooklyn's biggest party events! While the night starts out fun, it quickly takes a turn when Danny is attacked by a stranger.

He survives, but now a year later, Danny decides to give his social life a second chance. Wrong choice - as Danny and everyone else who helped him that night, are in danger. A man wearing a unicorn mask is killing off Brooklyn, one queen at a time, and he won't stop until he has his revenge.