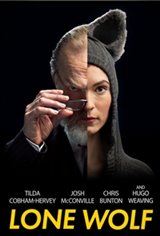 Conrad and Winnie live with the latter's brother, Stevie, above a struggling underground bookshop. Managing this establishment is not their only occupation, however: both also engage in small-time activism and civil disobedience.

But when Conrad is tasked with spearheading an act of urban terrorism, an unforeseen outcome and the involvement of police and state officials complicate this seemingly innocuous PR stunt.