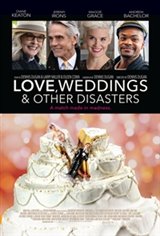 This film follows several interlocking stories and their luck finding love. A celebrity caterer (Jeremy Irons) is set up on a blind date by his friends with a free-spirited blind woman named Sara (Diane Keaton). When Lawrence lets down his guard, he falls for Sara.

Jessie (Maggie Grace) forces her boyfriend to skydive with her, but he ends their relationship mid-air. She then crash lands in on a wedding, which earns her the title "The Wedding Trasher."

Boston mayoral candidate Robert Barton (Dennis Staroselsky) and his fiancée Liz (Caroline Portu) worry about their upcoming wedding, while the mayor's brother Jimmy (Andy Goldenberg) gets involved with a stripper (Melinda Hill) who is connected to the Russian mob.