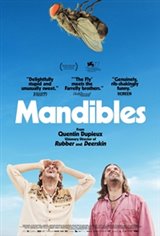 A small time criminal who sleeps on the beach, Manu is recruited to deliver a suitcase to a mysterious customer. After convincing his old friend Jean-Gab to accompany him, Manu steals the first car he can find with the door unlocked. But inside the chest, he finds a giant fly. Jean-Gab comes up with the idea of training the insect to rob banks. While they’re on the road, a young woman on vacation mistakes Manu for a former high school friend. She then invites the two criminals to stay at her family villa. But the latter's efforts to camouflage the overd insect arouse the suspicion of a friend of their hostess, who suffers from the after-effects of a skiing accident.