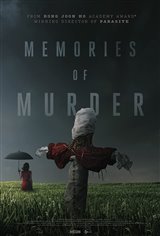 Memories of a Murder

The film takes place in South Korea in 1986 under the military dictatorship. In a small Korean province, two rural cops and a special detective from the capital are tasked with solving the cases of multiple young women being found raped and murdered by an unknown culprit.