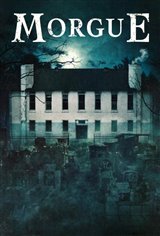 After a harrowing accident, the perpetually down-on-his-luck Diego Martinez accepts a gig as a security guard at the local morgue. He thought he’d had a lucky break, but as the night wears on, eerie occurrences and the suddenly not-quite-lifeless body of the victim leave him to wonder: how much otherworldly rage does it take to wake the dead?