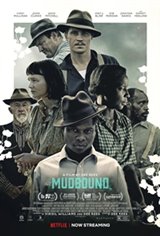 Two young men — Jamie McAllan (Garrett Hedlund) and Ronsel Jackson (Jason Mitchell) — from the South leave their farming homes in Mississippi to fight in WWII. When they return, they struggle to return to civilian life as farmers and also to deal with the rampant racism in the South.

Based on the novel by Hillary Jordan.