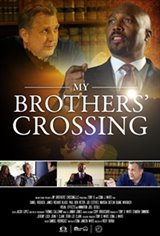 The accident was Martin's fault, as he drove into the wrong lane momentarily, causing the Clarks to swerve and skid, both eventually winding up underneath the truck, dead on impact. Martin fears that there will be retaliation from the Clarks' family, but what follows is a community rising up, blind to their different heritages, to heal and show incredible forgiveness in the wake of this tragedy.