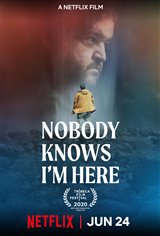 When Memo Garrido (Jorge Garcia) was a child, his beautiful voice landed him a recording label. The problem was that the record executives didn't think Memo was good looking enough to present to the public. They recorded his voice and had a handsome boy lip sync to his songs.

Decades later, Memo lives almost completely secluded on a remote sheep farm in southern Chile. Everyone is pushing for him to get out into the real world and experience life. When a woman named Marta takes an interest in Memo, the two become close and she opens his mind to the world, which forces him to confront his past head on.