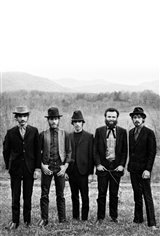 Once Were Brothers: Robbie Robertson and The Band

The story of Toronto-born musician Robbie Robertson, including his early life and the formation of The Band, one of the most enduring groups in the history of popular music.

The documentary combines archival footage, photography and some of The Band's most iconic songs.

It also includes interviews with some of the biggest names in music, including Bruce Springsteen, Eric Clapton, Van Morrison and Peter Gabriel.

Canadian Connection: This is a Canadian-funded and filmed production. Director Daniel Roher is Canadian and Robbie Robertson was born in Toronto.;