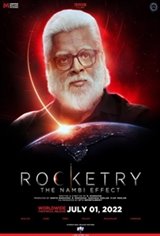 Tracing the life of Narayanan, renowned for developing the Vikas Engine - one of the most efficient, liquid fuel engines in the world today that continues to be a workhorse at The Indian Space Research Organization (ISRO) in almost every launch with the unique distinction of never having failed - the former ISRO scientist and aerospace engineer was inevitably embroiled in a spy scandal. The biographical drama will unveil the truth behind the mystery as it unravels in an interview by celebrated superstar of Bollywood, Shah Rukh Khan (in English and Hindi) and Suriya Sivakumar (in Tamil) on a TV programme.