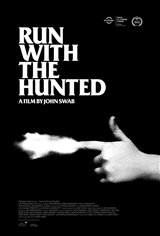 Run with the Hunted

When he was a young boy, Oscar (Michael Pitt) defended his best friend, Loux, killing her abusive father in the process. He then ran away from his rural hometown, leaving Loux behind.

In the big city, he joined a band of child criminals who use violence to get what they want. Fifteen years later, he has become the leader of the band. When Loux (Sam Quartin) moves to the same city in search of a better life, she finds a job with a private investigator. Stumbling upon Oscar's old missing child report, Loux takes it upon herself to find the boy who saved her life, to help him turn his life around.