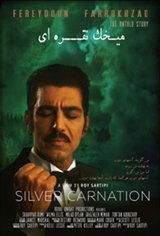 An Iranian national treasure and tragic hero, Fereydoun Farrokhzad, was a superstar in pre-revolutionary Iran. Through his poetry, music and variety shows, he captured the hearts of the Iranian people.

In fact, his TV show, Silver Carnation, was so popular it emptied the streets throughout Iran. 28 years after his brutal death, his huge community of fans and friends are still seeking answers. His fate exemplifies the dark shadow that the Iranian revolution still casts over Iranians in the world today.

The story of his life reads like a spy novel ending in a pool of blood in Bonn, Germany 1992. Royal Knight Productions takes great care and pride in telling the story of Fereydoun Farrokhzad to those who knew him.