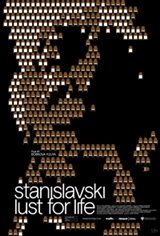 This is the story of Konstantin Sergeyevich Stanislavsky - the world-renowned genius of theater, whose talent allowed him to remain a free and true artist throughout the early 20th century - through wars, revolutions and the harshest years of the Soviet system.

The film's creators interviewed major modern directors of theater and film, who spoke passionately about the enormous impact Stanislavsky's work has had on them. In rehearsals, on stage and on set, they feel his influence every day. The directors see reflections of Stanislavsky's genius when they find the soul of a performance.

While some others question Stanislavsky's place in modern theatre, they believe his relevance only diminishes in art which lacks the most central component - the soul of a human being.'