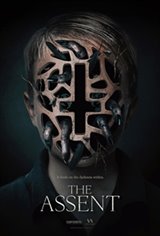 After a series of disturbing supernatural events in his home, Joel (Robert Kazinsky), a single father, fails to convince his young son, Mason (Caden Dragomer), that nothing is wrong.

When a babysitter spends a night looking after Mason, she's convinced that his life is in danger and calls upon Father Lambert, a priest who has performed exorcisms. As increasing chilling occurrences begin to unfold, the priest informs a resistant Joel that unless he can successfully perform an exorcism, a demon will soon take full control of his boy.