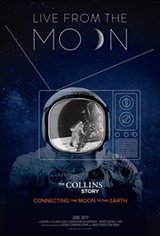 The Collins Story: Live from the Moon

Fifty years ago, on July 20, 1969, millions of citizens of Earth gathered around televisions to witness the first man to step onto the moon's surface and hear him say, "That's one small step for man, one giant leap for mankind."The ingenuity of the people of Collins Radio - based in Cedar Rapids, Iowa - played a significant role in making possible the live broadcast of Neil Armstrong's historic moment.

The Collins' technology performed flawlessly during each Apollo mission and was essential in getting the Apollo 13 astronauts home safely to Earth in their crippled spacecraft.