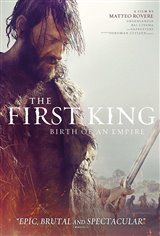 Romulus and Remus are two shepherds and loyal brothers who are destined to found the greatest empire the world has ever seen - but only one can rule. The journey to greatness is paved with blood and the fate of the chosen one lies in the hands of their brother.