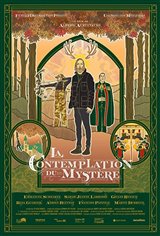 Éloi Cournoyer returns to the region where he was born, to be inducted into the Order of the Knights of Saint-Hubert. The 30-something Montrealer joins a very select group of deer hunters, who always refused to accept Éloi's father into their ranks. The death of the latter, which occurred a year earlier under strange circumstances, continues to fuel rumors.

The story goes that he was devoured by coyotes as he was about to catch the most beautiful beast of his life. However, Eloi learns that his father was paying a tracker named Indian to kill the deer in his place. In the grip of frequent nightmares, the young man is joined by a French friend, who has come to bring him a shamanic remedy in order to shed light on his father's death.