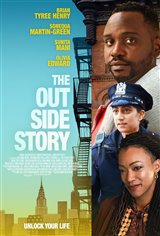 Brian Tyree Henry takes on his first big screen lead role as Charles Young, a broken-hearted video editor. Perceiving a betrayal of trust as a sign his girlfriend Isha (Sonequa Martin-Green) is leaving him, Charles preemptively blows up his relationship and sequesters himself at home. The fates do not comply and Charles locks himself out of his apartment. Stumbling into a transformational, timely odyssey exploring his community, Charles meets a dynamic ensemble of previously avoided neighbors (including Sunita Mani, Olivia Edward and Asia Kate Dillon) who show him everyone's got issues and it never helps to keep them all locked up.