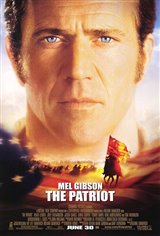 A former war hero, Benjamin Martin (Mel Gibson) has renounced fighting forever to raise his family in peace. As time passes on his sprawling plantation, the wife of this once efficient and ferocious soldier bears him seven children.

But when the British arrive at his South Carolina home and endanger what he holds most dear, Martin takes up arms alongside his idealistic patriot son, Gabriel (Heath Ledger), and leads a brave rebel militia into battle against a relentless and overwhelming English army.

In the process, he discovers the only way to protect his family is to fight for a young nation's freedom.