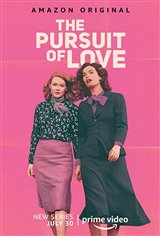 In England between the two World Wars, Linda Radlett (Lily James) lives with her family in a country house. Her strict father (Dominic West), who has strange ideas about raising children, is completely against girls being educated. Meanwhile, Linda's best friend and cousin Fanny Logan (Emily Beecham), has a mother known as "The Bolter" (Emily Mortimer), who left her when she was a small child.

Desperate to get out of her childhood home, Linda, who believes in love above all, falls for the first man who pays attention to her, while Fanny waits to find true love before marrying.

Based on the novel of the same name by Nancy Mitford.