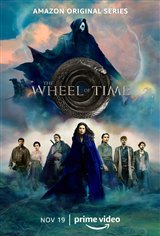 Set in a high fantasy world where magic exists, but only some can access it, lives a woman named Moiraine Damodred (Rosamund Pike). She is a member of the powerful all-female organization called Aes Sedai, who are destined to be saviors. Crossing paths with five young men and women, she forms a group and embarks on a harrowing journey to discover which of three young men — Rand al'Thor (Josha Stradowski), Mat Cauthon (Barney Harris) or Perrin Aybara (Marcus Rutherford) — is the Dragon Reborn, who will either save or destroy humanity.

Based on the bestselling fantasy series by Robert Jordan.