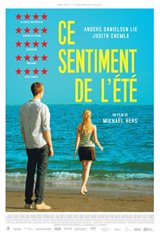 One summer day in Germany when Sasha leaves work, she collapses and dies. In shock, her American boyfriend Lawrence, an author and translator, accompanies Sasha’s parents and her younger sister Zoé when they arrive from Paris, through the various rituals and responsibilities. A few days later, they depart, leaving Lawrence to his grief.

One year later, Zoe has separated from her husband and shares custody of their child. At a party given by a friend, she finds Lawrence and spends the night chatting with him. Two years after Sasha's death, Lawrence returns to live in New York, where he’s originally from. He decides to write a second novel. As he opens his heart again to love, Zoé comes to visit him.