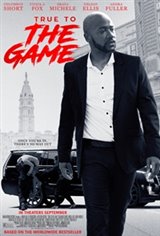 True to the Game

The film is about a love story based on the life of Gena, a young girl who is originally from Philly but later on moves to the hardcore streets of Harlem, where she ended up meeting Quadir. He is on the rise to street stardom. This is how Gena gets initiated into the game. She is willing to risk it all for the sake of staying true to the game!