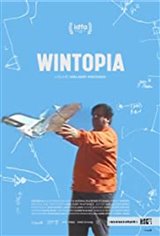 For more than 15 years, filmmaker Peter Wintonick traveled the world in search of Utopia. This obsession for the mythical place was to be the subject of his next film. But, eight weeks after writing his ideas down, he died of a rare form of liver cancer. Several years later, his daughter Mira discovers a box containing 300 videotapes in the basement of the family home, on which her father's travel notes are recorded. She undertakes to complete his final project.