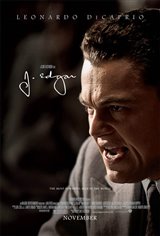 The first Director of the Federal Bureau of Investigation (FBI), J. Edgar Hoover (Leonardo DiCaprio) was the face of law enforcement in America for almost 50 years. His position gave him enormous power, causing him to become both feared and admired, reviled and revered.

Power, however, often goes hand-in-hand with corruption, and behind closed doors, Hoover held secrets that would have destroyed his image, his career and his life.