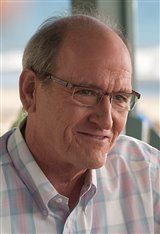 Born in DeKalb, Illinois, Richard Jenkins has built up an impressive list of credits since he began working as an actor in 1980. Yet with all his credits, Jenkins has remained strictly in supporting roles. After his first feature film, the sci-fi drama The Falls, Jenkins landed work in a number of TV movies. In 1985 he returned to features, landing small roles in various films such as Silverado, Witches of Eastwick and Little Nikita.

From 1985 to 1994, Jenkins found television more profitable, and spent most of his time working in mini-series and television movies. It was in this arena that he finally found starring roles in films such as Into Thin Air: Death on Everest, And the Band Played On and The Boys Next Door.

This lead to supporting roles in various large budget films such as Flirting with Disaster (for which he was nominated for an Independent Spirit Award), Absolute Power, There's Something About Mary, The Mod Squad, Snow Falling on Cedars, Random Hearts, Me Myself and Irene and Say It Isn't So.

In 2001 he landed the recurring role of Nate Fisher, Sr. in HBO's television series Six Feet Under. He continues to appear in major motion pictures such as The Core (2003) with Hilary Swank, Shall We Dance (2004) with Richard Gere, North Country (2005) with Charlize Theron and The Cabin in the Woods (2012) with Chris Hemsworth. More recently, he's played roles in Darling Companion (2012) alongside Diane Keaton and Kevin Kline, Killing Them Softly (2012) co-starring Brad Pitt, Ray Liotta and James Gandolfini and in Jack Reacher (2012) opposite Tom Cruise.

In 2009, he received his first Academy Award nomination, for his work in The Visitor (2008). He received his second for The Shape of Water (2017), in the Supporting Actor category, in addition to a Golden Globe nomination.

Prior to the start of the coronavirus pandemic, he completed the starring role in the feature film The Last Shift (2020), about a fast food worker who's finally retiring and has to train his young replacement.