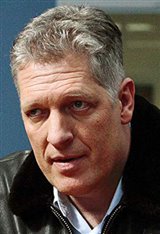 Born in Urbana, Ohio as Clarence J. Brown III, Clancy Brown was raised by his mother Joyce, a conductor, composer and concert pianist; and his father Clarence J. Brown, Jr., Ohio Congressman and chairman of the board of the Brown Publishing Company. Clancy’s neighbor, who introduced him to the works of Shakespeare, inspired him to begin a career in acting.

Since his movie debut in 1983 as Viking Lofgren in Bad Boys, the wavy-haired actor has performed in over 200 productions. His best known roles have been Kurgan in Highlander, Captain Byron Hadley in The Shawshank Redemption, a vicious killer named Steve in Shoot to Kill and Career Sergeant Zim in Starship Troopers. He has starred in several independent films, including The Burrowers and At Any Price, both of which screened at the Toronto International Film Festival, as did the big budget film 2017 drama Stronger, in which he played Big Jeff. Most recently, he played Robert McNamara in the biopic Chappaquiddick (2018), about the tragic incident in which senator Ted Kennedy drove a car off a bridge, leaving a woman to drown as he escaped.

The 6’3” star also played guest roles on TV series such as The Dukes of Hazzard, The Practice, and Lost. He played Dr. Ellis West for a season on ER, and Brother Justin Crowe on the critically-acclaimed series HBO series Carnivàle. He has provided voices for numerous animated series, including Lex Luthor in Justice League and Superman, Mr. Krabs on SpongeBob SquarePants and Grune on Thundercats.

Clancy has two children with his wife, Jeanne Johnson.