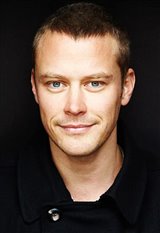 Michael Dorman was born in Auckland, New Zealand and lived there until he was 10 years old, when his family moved to Bundaberg, Australia.

Michael made his acting debut in the film Spudmonkey (2001), playing the role of Trent.

In 2002, he made his television debut on the show The Secret Life of Us (2002-2005), playing Christian Hayden. His portrayal of Christian Hayden left a strong impression on Australian viewers, earning him a Logie Award for Most Popular New Male Talent in 2003.

In 2010, Michael starred in the supernatural horror film Needle (2010), where he played Ben Rutherford. His work on the film earned him the Best Actor award at the 2011 Melbourne Underground Film Festival.

Michael continued to make a name for himself on television, appearing on the Australian television show Wonderland (2013-2015) in the role of Tom Wilcox.

Following his time on Wonderland, Michael went on to star on the Amazon Prime Video series Patriot (2015-2018), playing the main role of John Tavner. The show earned a Critics Choice Award nomination for Best Comedy series in 2018.

In 2019 Michael starred on the television series For All Mankind (2019-2021), in the role of NASA astronaut Gordo Stevens. Producers told Michael they wanted Gordo Stevens to appear as a heavier character, even offering him the option to wear prosthetics to make him look bigger. Michael denied the offer and instead gained the weight himself, saying in an interview with TV Line, “I saw a bunch of doctors and dietitians, and I put on 40 lbs. in a really short amount of time. I’m usually 170 lbs. and I got to over 210. I pushed it as far as I could.” The show earned a Primetime Emmy Award for Outstanding Innovation in Interactive Programming in 2021, along with an International Online Cinema Award for Best Directing for a Drama Series.

Michael's most recent project has him starring as Jesse in the romantic drama Hard Luck Love Song (2020).

Michael was a big Paul Newman fan when he was young and looks to him as an inspiration as an actor. Some of his favorite Paul Newman films are Cool Hand Luke (1967) and The Sting (1973).

Outside of acting, Michael enjoys playing guitar and singing, and is a fan of American country-folk music. He found his love for country-folk music when working on the set of Patriot, telling The Sydney Morning Herald, “I did this TV show called Patriot a while ago that explored the country-folk scene. That’s become my staple for when I’m trying to relax.”

Due to the pandemic, Michael and his girlfriend have learned to smoke meat on their own, even taking up a Masterclass on the subject. In an interview with The Sydney Morning Herald he said, “I've been learning how to smoke meat. I tried brisket; that was a tough one to start on straight off the bat, which I learnt the hard way. Then I tried a pork butt, which is a lot easier. I've done a whole black cod, and salmon on cedar blocks. My girlfriend and I decided we're going to start growing our own herbs and veggies to be a bit more self-sustainable. My thumbs are usually red, still not even close to green, but my partner's showing me the ropes.”

Growing up in Australia, Michael learned to hide his kiwi accent to avoid being teased at school.