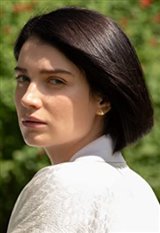 Eve was born in Dublin, Ireland to Ali Hewson and U2 lead singer Bono (born Paul David Hewson). While in Dublin, she went to school at the Dalkey School Project and St. Andrew's College. She later attended New York University, graduating in 2013.

Eve started acting alongside her older sister Jordan, when they appeared in the short film Lost and Found (2005). She made her feature film debut in The 27 Club (2008), playing Stella. The same year, she took part in an acting program at the New York Film Academy.

Eve had her breakthrough in television in 2014, when she co-starred in The Knick (2014-2015), playing Lucy Elkins. The series is about the Knickerbocker Hospital set in 1900 New York City. The show earned the Satellite Award for Best Ensemble: Television in 2014.

In 2018, she played Maid Marian in Robin Hood (2018) alongside Jamie Foxx, Taron Egerton, and Ben Mendelsohn.

Other films she has appeared in include Blood Ties (2013) in the role of Yvonne, Enough Said (2013) as Tess, and Steven Spielberg's Bridge of Spies (2015) as Carol Donovan. Across these three films, the young actress had the opportunity to work alongside Tom Hanks, James Gandolfini, Zoe Saldana, and Mila Kunis.

In 2021, she was cast as Anna, a woman in search of gold in the BBC drama The Luminaries (2020), a miniseries set during the boom of New Zealand's 1860s gold rush. The series is based on the Man Booker Prize-winning novel by Eleanor Catton and also stars Himesh Patel. It airs on Amazon Prime Video in North America.

Also in 2021, she starred in Netflix's psychological thriller Behind Her Eyes (2021), playing Adele, the wife of Dr. David Ferguson (Tom Bateman). She really enjoyed playing Adele, telling Collider, “I genuinely loved this character so much, mainly because of the twist. I've never had more fun playing a character in my life. If I could play Adele until the day that I'm dead, I wouldn't care. It was just so much fun because there was an element of heightened drama that was theatrical.”

She also told Town and Country that she felt like she was born to play the role of Adele, saying, “It’s kind of sick to say, but I feel I was born to play this part. There are some people I've met in my life who this character reminded me of, and I just knew exactly what to do.”

Growing up with Bono as her father, she would frequently try her best to hide the fact from her classmates, telling the Irish Independent, "In school, whenever we had to write those letters where you say, ‘Hi, my name’s Eve and my dad does this...’ I always used to lie and say that my dad was a doctor. It just saves conversation. People always find out eventually."

She'd first tried to follow in her father's footsteps by finding a career in music, but she didn't enjoy it as much as acting, telling Town and Country, “When I started acting, I realised I could spend all day long going over lines, reading scripts, doing different exercises, and it didn't feel like work at all. Practising music did.”

Her name comes from the fact that she was born at 7 a.m. on July 7, as the name Eve can be found in the middle of the word seven.

She is the second of four siblings. She has one older sister, Jordan, and two younger brothers: Elijah, who is in an indie rock band called Inhaler, and John.

Eve currently lives in the New York City borough of Williamsburg of Brooklyn.

In 2010, Eve dated One Tree Hill actor James Lafferty, but they quietly broke up in 2015. ~Sean Olegario