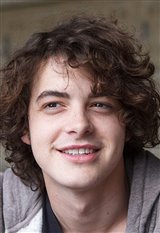 Isaiah Israel Broussard was born in Gulfport, Mississippi, and following the death of his biological father, Lawrence Clayton Adams, when Israel was four, he was raised in Saucier, Mississippi by his mother, Angela Clapp, and stepfather, Gil Broussard.

Israel began acting when he was cast in the role of Percy in Biloxi Little Theatre’s production of The Miracle Worker in 2006. A few years later, Israel signed with Abrams Artists Agency and would later move to Los Angeles to further his career in acting.

His first two notable credits were supporting roles in the Rob Reiner dramedy Flipped (2010), and in the action comedy The Chaperone (2011) before landing a leading role in Sofia Coppola’s drama, The Bling Ring (2013).

Broussard would go on to appear in several projects over the years including appearances on TV shows such as Sons of Anarchy and Fear the Walking Dead as well as films like H8RZ (2015), Good Kids (2016), and Say You Will (2017), before landing leading roles in the horror comedy Happy Death Day (2017) and the Netflix films Extinction (2018) and To All the Boys I’ve Loved Before (2018).

His latest project is the sequel Happy Death Day 2U (2019), in which he reprises his role of Carter Davis.

In his spare time, Israel enjoys astrology and writing raps.