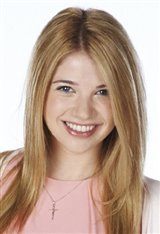 Born in Ottawa and raised in Toronto, Sarah Fisher is no stranger to the spotlight. The third of four children, she first began performing as a singer, in choirs, musical theater, festivals, and competitions. Sarah is experienced in many different genres, including jazz, opera, and pop. She has received voice training from both Kim Briggs and Elaine Overholt of Big Voice Studios.

Sarah’s transition to acting occurred at the age of 19, when she had her first-ever acting audition. It was for the hit TV show Degrassi: The Next Generation and Sarah landed the role of Becky Baker, a cheerful, religious student with a passion for theater. She play Becky for three seasons, during which time her character went from being a religious girl who didn't approve of gay lifestyles, to falling in love with a transgender girl transitioning to a boy. In 2012, she traveled to Ghana with her Degrassi co-stars to build a foundation for a new community school on behalf of the Free The Children Foundation.

In June 2015, Sarah landed a starring role on the Lifetime network TV movie, The Stepchild, playing Ashley, a teenager who discovers her father's partner may be involved in criminal activity. The movie, filmed in Sudbury, also starred Lauren Holly. Sarah has also played a role in the indie slasher flick Lost After Dark, also filmed in Sudbury, and played the role of "Isla" in the Family Channel/NBC TV movie Full Out, which starred her former DeGrassi co-star Ana Golja, as well as Jennifer Beals. Sarah also plays the recurring role of Samantha, a trick rider who is a teammate and friend of Georgie (played by Alisha Newton) on the hit CBC show Heartland.

In 2016, Sarah was chosen to play the lead role of Carley Elle Allison in the movie Kiss & Cry (2017) – the true story of a Toronto teen battling cancer. Ironically, Sarah was one of Carley's best friends in real life – both attended the elite private school Bayview Glen. Sarah's former Degrassi co-star Luke Bilyk played Carley's boyfriend John in the film, and Sarah not only starred in the film, but was an associate producer. The movie enjoyed a brief run in theaters before airing on the Family Channel in Canada.

Sarah has studied acting at Armstrong Acting Studios in Toronto, and now teaches at the school. In addition to a very successful singing and acting career, Sarah also models professionally with Elite International and Lang Management.

When she is not busy singing, acting or modeling, Sarah is an active participant for many charitable organizations. She is the Celebrity Ambassador for Kids Help Phone, which offers support for young people experiencing bullying and/or abuse. Sarah is also an ambassador for Youth Day Global, a Toronto-based initiative that recognizes, supports and celebrates young talent in the arts. Sarah joined the Wear Your Label family in 2015, as one of their Lead Role Models for their clothing line. The brand supports young people who are struggling with mental health issues. She also appeared in the 2016 documentary Rising Above, about bullying.

Sarah lives in Toronto and enjoys going out with her boyfriend for Mexican food. She also enjoys writing music when she has spare time, and her songs have been featured on Degrassi and in the TV movie Full Out.