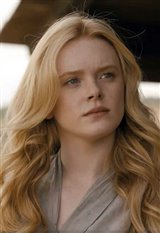 Born in Gainesville, Florida, Abigail Cowen is best known for her role as Bloom on the Netflix TV series Fate: The Winx Saga.

When she was in fourth grade, Abigail began taking acting classes. After high school, she studied PR at the University of Florida, but when her family moved to Los Angeles, she went with them, hoping to get her acting career started.

She soon began landing guest appearances on series such as Red Band Society and Stranger Things. During the 2017 to 2018 season, she played the recurring role of Mia Tanner on the CBS crime drama series Wisdom of the Crowd, followed by a recurring role as Eliza Hunter on The Fosters and Dorcas the Netflix series Chilling Adventures of Sabrina.

Abigail made her film debut in the biopic I Still Believe (2020), starring K.J. Apa and Britt Robertson. Returning to TV, she landed the starring role of Bloom Peters on the Netflix series Fate: The Winx Saga, which began airing in 2021.

In 2022, she starred in the period romantic drama Redeeming Love (2022), playing a woman who had been sold into prostitution as a child, who is then offered an opportunity to build a new life.

Abigail plays guitar and piano, and is a talented singer. She's also a natural athlete, having competed in track in field in high school. Currently, she enjoys going for long hikes in the California mountains.