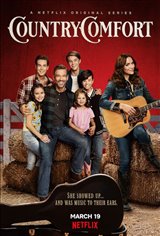 With a never-give up attitude and loads of Southern charm, Bailey navigates the family dynamics while trying to be the mother figure they’ve been missing. Bailey also gets the band she’s been missing in this musically talented family who help get her back on the road to stardom.