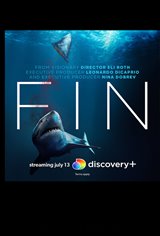 Eli Roth and his team of researchers and environmental activists look into the reasons behind why millions of sharks are slaughtered each year, including who is doing it and where the sharks are going. While traveling the world, they discover a multi-tiered enterprise of people and organizations who massacre sharks to further their own gain. This is because the shark industry is worth billions of dollars.

From the infamously expensive shark fin soup to oils and cosmetics, Roth explores why the misunderstood creatures are being targeted on a massive scale. He learns that Indonesia, Spain, India, and the United States currently lead the planet in shark exports, and upon further investigation uncovers the salacious reality behind what happens on the boats that steal sharks from their habitats. Roth also discovers that the industry is far from sustainable — what may now seem like a game of cat and mouse could turn into a global environmental crisis as sharks become more and more endangered.