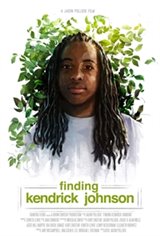 On January 11th, 2013, Kendrick Johnson was found dead in his high school gymnasium rolled up in a gym mat. 'FINDING KENDRICK JOHNSON' is the feature documentary product of a 4 year undercover investigation into the facts of this case.

From the creator of 'Stranger Fruit', this new documentary hopes to shed light on one of the most important American stories of our time.

So what really happened to KJ? Told through the eyes of KJ's family and close friends, Narrated by Hollywood legend, Jenifer Lewis, Directed by 'Stranger Fruit' creator, Jason Pollock, with an amazing team of Producers including Actor Hill Harper, and Space Jam Director, Malcolm D. Lee. 'FINDING KENDRICK JOHNSON' shares this truly historic, heartbreaking, and unbelievable story with the world for the first time.