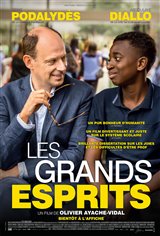 During a cocktail party in Paris, François Foucault, a single teacher, tells a pretty woman whom he’s trying to seduce, that to solve the national education crisis, the best teachers would have to be sent to schools in disadvantaged suburbs.

He later finds out that the woman works at the Ministry of Education, and that his joke, taken literally, was perceived by the superiors of the woman to be an "experimental" transfer request. Trapped, François has to teach unmotivated teenagers for one year.

Discovering potential in one of them, the rebellious Seydoux, François tries to instill in him the desire to succeed.