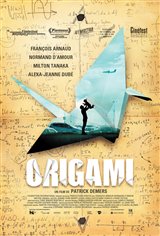 A Japanese author visits David Marceau, a Montreal art restorer. The stranger gives him a book that shows David as the author ... but he hasn’t written it yet. The stranger tells David he has the power to bend time and change the past.

David wants to return to the past to prevent the tragic incident that broke up his small family, when he left his young daughter in the car at the airport, resulting in her death.

But the present and the future remember him, and each time he thinks he’s making a breakthrough, he’s returned to the moment he met X in the psychiatric wing of a hospital where he was interned without knowing why. Meanwhile, David’s father tries to help him with the terrible emotional pain he’s suffering.