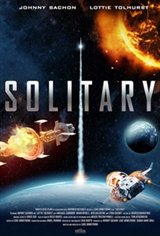 When Issac wakes up inside a room with no memory of how he got there, he discovers he's a prisoner who was sent into space to form Earth's first colony on another planet. The only thing worse than his fate is his unpredictable and ruinous cellmate, Alana, who's determined to destroy everything -- including Issac.