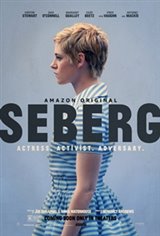 After appearing in the 1960 French film Breathless, American actress Jean Seberg (Kristen Stewart) becomes a star of the French New Wave. However, by the late 1960s, she has become concerned about her own country's involvement in the Vietnam War, and their oppression of black people. When she's told that the Civil Rights movement could benefit from the support of movie stars, she begins to show up at Black Panther rallies.

Her support gets her targeted by the FBI, especially when she becomes romantically involved with African-American activist Hakim Jamal (Anthony Mackie). She discovers she's being followed and her phones have been tapped. The FBI’s overreaching surveillance and harassment threaten to suppress and discredit her activism, as well as destroy her career.